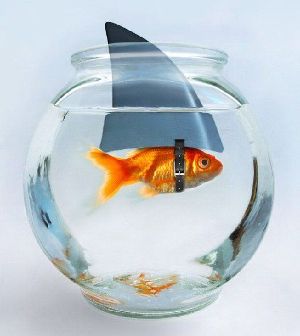 When it comes to international affairs, be it Iraq and Saddam Hussein, Libya and Colonel Gaddafi, 9/11 and Osama bin Laden, Israel and Palestine, or Syria and President Assad, most people have strong opinions. They think they actually “know” something about these matters, and are more than willing to get very worked up about their views.

The fundamental problem in America (and in most of the West, actually, in our increasingly ill-educated age) is that almost nobody in the general public studies History. As a consequence, people don’t really know much about what their own country has been up to worldwide, let alone trouble to actually learn about other countries!

The masses get virtually all of their so-called opinions from… where? The news media, that’s where. And the news media does not “teach” you anything objective about how situations came about. Teaching has never been their reason for existence. They only tell you what is going on NOW, i.e. today, with almost no perspective at all about how these situations arose over decades or even centuries.

Moreover, do I even need to mention that none of these news media that purport to inform us are without enormous biases, and hidden governmental agendas? These are not academic institutions whose primary quest is Truth, but rather private companies run for profit, whose primary motive is profits and high ratings.

The consequence of all this is that people in the West, especially America, have all sorts of “strong” opinions about all sorts of international matters, when the reality is that they know almost NOTHING whatsoever about them. Who said that propaganda only functions in Communist or Fascist regimes?

Personally, I think that the West is now one of the most heavily “propagandized” cultures that ever existed. Our opinions are not really OUR opinions, but we have simply imbibed them by watching TV, and talking to others who did watch the same channels. And then we fool ourselves into thinking we “know” something.

Conmen know that the easiest people by far to con are people who regard themselves as well-informed and smart (and most especially highly educated professionals such as doctors and lawyers, interestingly enough). Why? Because through a strange kind of intellectual complacency, these individuals fool themselves into thinking they cannot be conned!

That is what happens to everyone who watches the news as their major source of world information. We like to think that we are smart and that we can readily reach a so-called “educated” conclusion. However, when you cannot really be certain of the truth of most of the information you are receiving in the first place, i.e. when you do not really know which parts might be true and which false, it is truly impossible to form any meaningful opinion whatsoever. Example: Saddam Hussein’s non-existent weapons of mass destruction, and his totally fictitious ability to launch a chemical weapon attack within 45 minutes (apparently the source of this may have been an Iraqi taxi driver!) – are all now known to be fairy stories, but were accepted as rock-hard facts at the time, which served to generate much heated argument at all levels of Western society, not the mention speeding NATO forces to the eventual and much-desired war.

By contrast, a lot of people in the Middle East are much better informed about their history, and not simply focused upon the “now” of the TV news media. They actually REMEMBER what took place, or had it recounted by their parents and grandparents. They have not forgotten. You cannot simply feed them a “made-up” version of events and expect them to swallow it whole, like you can with people in the West. And that is why these problems there exist to the present day. People who have a memory of events that extends back beyond their own lifetimes, or are willing to take time to actually study these matters as objectively as possible, cannot be so easily fooled as those of us who simply do not have the time to study the whole situation in depth, and instead rely on the media to fill in for our ignorance with the latest up to date misinformation.